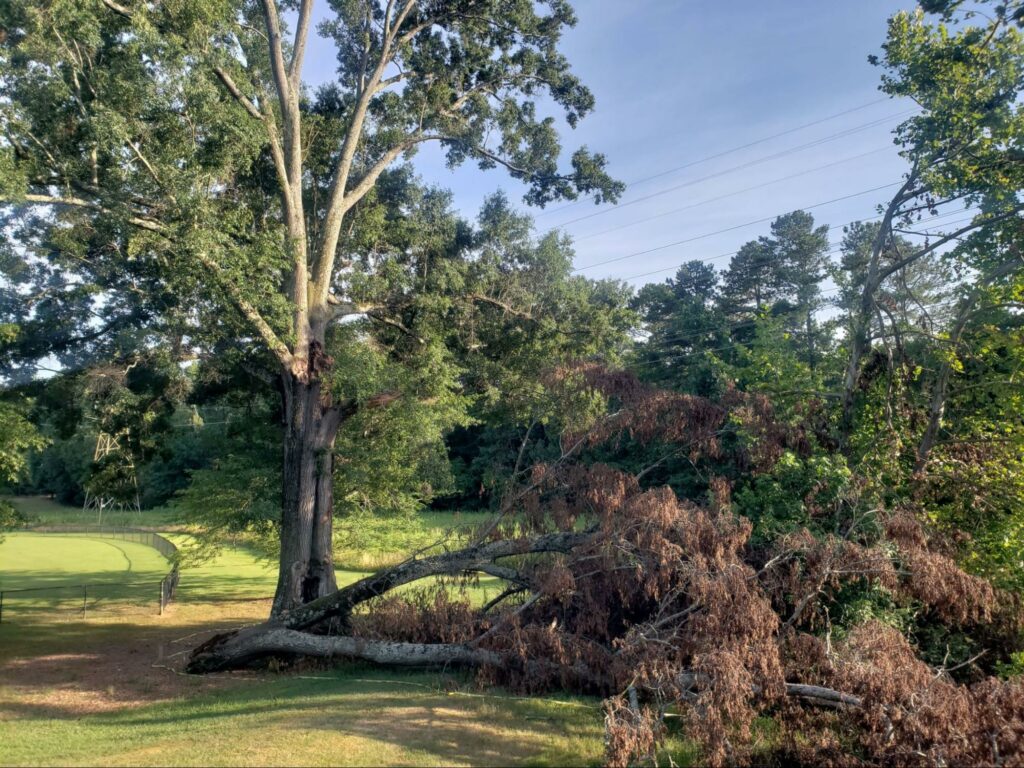 Do you have a tree on your property that appears to be half-dead? The sight of a tree with full foliage and vigorous branch growth on one side and bare deadwood on the other is a strange one, to be sure, but not at all uncommon. A number of factors can create this half-dead phenomenon, which is definitely a cause for concern.

Here at Excel Tree Care, we can help you both diagnose what might be going on with a half-dead tree and also, if necessary, perform safe, Leave No Trace-style dead tree removal to protect your home, your property, and other trees on your lot.

A tree that’s notably degrading or outright dead on one side of its crown often suggests some kind of problem within the root system. One common culprit is a fungal disease known as Verticillium Wilt, caused by various fungi of the Verticillium genus. Capable of lying dormant in the soil for a long time, these fungi invade through the roots and can end up clogging up the xylem of the tree’s vascular system, depriving parts of the tree of water and nutrients. Given the typical spread within vascular tissue, Verticillium Wilt often ends up afflicting only part of the tree at least initially, and the result may well be half of the diseased specimen showing leafless and dying-back branches.

Various other diseases associated with fungal or other pathogen attack of tree roots may be to blame as well. Roots that end up growing to girdle the trunk can pinch off water and nutrient flow. Pronounced soil compaction on one or the other side of a tree, which can starve roots of oxygen and/or hamper nutrient and water uptake, may also result in half the tree struggling compared to the other.

But there are many other possibilities, too, including such environmental factors as half a tree being shaded out or, conversely, a previously shaded tree being suddenly exposed to direct sunlight (say, through the removal of a neighboring tree or building). That can quickly scorch the exposed side of the canopy. Even lightning strikes—in no short supply around Greater Atlanta in spring and summer—can sometimes produce the half-dead look.

Hazards of a Half-Dead Tree 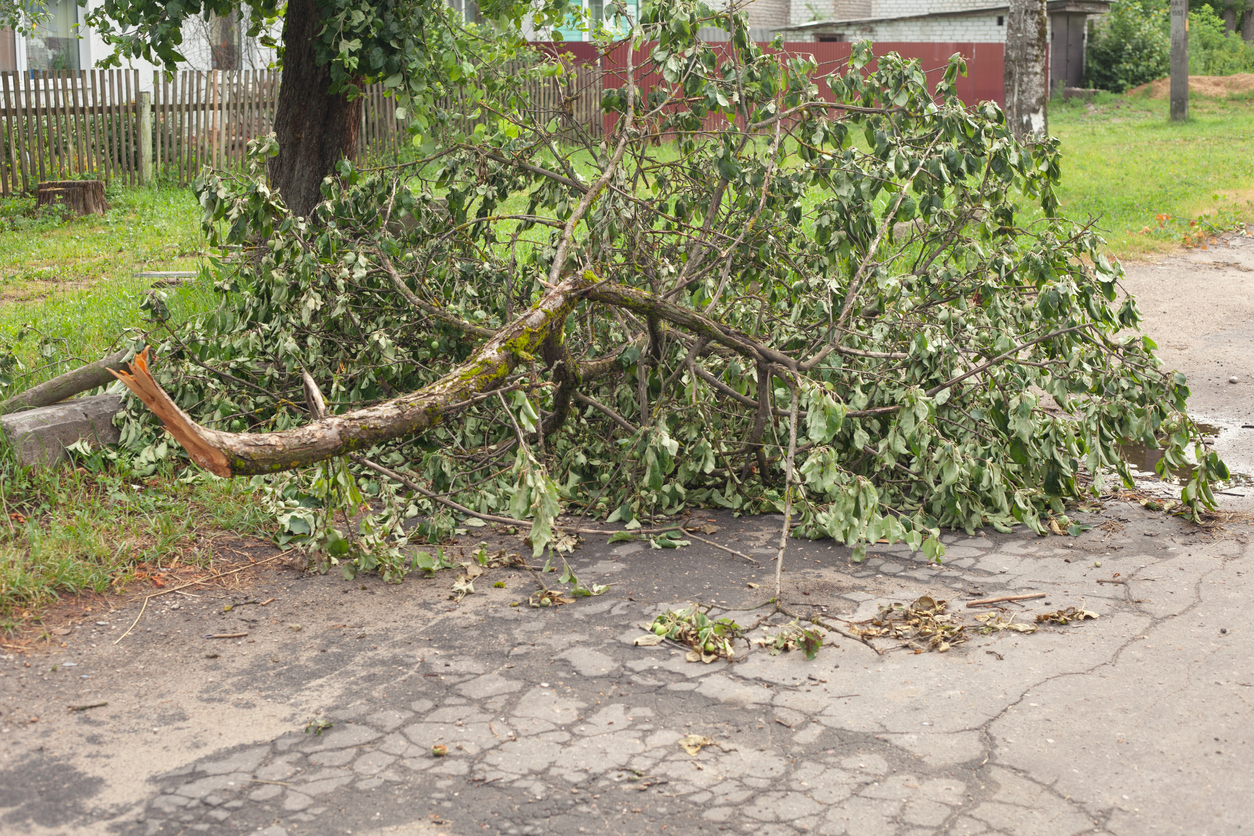 A tree that appears half-dead, or partway there anyhow, definitely warrants action. Environmental issues such as soil compaction or over-shading can be fairly easily addressed, which may remedy the situation. If it’s a symptom of disease, the sooner you explore treatment options, the better the odds of the tree surviving; such a dramatic expression of infection, however, often indicates a malady that’s simply progressed too far.

Either way, removing dead branches, stems, and perhaps the entire tree is often necessary. A half-dead crown can shed limbs dangerously, and it represents an imbalanced structure prone to toppling, not least in high winds or waterlogged soil. All of that deadwood might also attract pests that may transmit a secondary infestation, which might even spread to other plantings or wooden structures.

Here at Excel Tree Care, we can help you evaluate a tree dying back on one side to determine the cause and thus clarify any potential options for reversing the situation. With our expert, Leave No Trace dead tree removal services—including 24/7 emergency calls—we can also safely get rid of hazardous dead limbs or completely take down a tree if necessary with minimal impacts to your property.

We use cookies on our website to give you the most relevant experience by remembering your preferences and repeat visits. By clicking “Accept All”, you consent to the use of ALL the cookies. However, you may visit "Cookie Settings" to provide a controlled consent.
Cookie SettingsAccept All
Manage consent

This website uses cookies to improve your experience while you navigate through the website. Out of these, the cookies that are categorized as necessary are stored on your browser as they are essential for the working of basic functionalities of the website. We also use third-party cookies that help us analyze and understand how you use this website. These cookies will be stored in your browser only with your consent. You also have the option to opt-out of these cookies. But opting out of some of these cookies may affect your browsing experience.
Necessary Always Enabled
Necessary cookies are absolutely essential for the website to function properly. These cookies ensure basic functionalities and security features of the website, anonymously.
Functional
Functional cookies help to perform certain functionalities like sharing the content of the website on social media platforms, collect feedbacks, and other third-party features.
Performance
Performance cookies are used to understand and analyze the key performance indexes of the website which helps in delivering a better user experience for the visitors.
Analytics
Analytical cookies are used to understand how visitors interact with the website. These cookies help provide information on metrics the number of visitors, bounce rate, traffic source, etc.
Advertisement
Advertisement cookies are used to provide visitors with relevant ads and marketing campaigns. These cookies track visitors across websites and collect information to provide customized ads.
Others
Other uncategorized cookies are those that are being analyzed and have not been classified into a category as yet.
SAVE & ACCEPT